Are you a book reviewer interested in reviewing the Gabriel trilogy? Please contact me for a complimentary ebook copy.

Steve Umstead has been the owner of a travel business over twenty years, but never forgot his lifelong dream of becoming an author. After a successful stab at National Novel Writing Month, he decided to pursue his dream more vigorously…but hasn’t given up the traveling.

Steve lives in scenic (tongue-in-cheek) New Jersey with his wife, two kids, and several bookshelves full of other authors’ science fiction novels. More information is at SteveUmstead.com, and you can now find him on Twitter (@SteveUmstead).

GABRIEL’S REDEMPTION
Book 1 of the Evan Gabriel Trilogy
Second Round Qualifier in the Amazon Breakthrough Novel Contest!
Can a disgraced Special Forces soldier find redemption, and will redemption cost him more than just his own life?
North American Federation Navy Commander Evan Gabriel was dishonorably discharged after losing his covert team on a far off world called Eden. Now, he’s being offered an opportunity to command a new team, on a new world, with a new mission, but the true motives behind the mission are unclear.
From the decaying Caribbean to politically-charged South America, from the slums of Mars to a tiny colony on a planet six hundred light years from Earth, Gabriel’s Redemption follows the disgraced Commander Gabriel as he leads a Special Forces team to an ice-bound world. Their given mission: to eradicate a drug cartel that is producing a highly-addictive stimulant brutally extracted from the bodies of the native inhabitants. Upon arriving, Gabriel and his team find the mission isn’t exactly what it appeared to be, and that they weren’t the only force dispatched to the planet.
Gabriel’s Redemption is a near-future military science fiction story of a personal journey seen from the perspective of a soldier who has lost everything; one who desperately needs to redeem himself not only in his government’s eyes, but also his own. Interstellar action and political intrigue mix with one-on-one battles on the surface of a frozen planet in this exciting tale of salvation.
REVIEWS:
“A cast of interesting and believable characters and a plot that kept me turning the pages, wondering what was going to happen next. I also enjoyed the author’s take on technology and the political landscape of the future. Definitely recommended!” – Michael Hicks, bestselling author of the In Her Name scifi series and Season of the Harvest.
“Character-rich story, non-stop adventure (think Jason Bourne travels the stars). Completely immersive read.” – R.B. Wood, author of The Prodigal’s Foole
“The author weaves a futuristic action-adventure story full of twists and turns…rich in detail and full of advanced technology.” – Debra Martin, author of Rule of Otharia
***
GABRIEL’S RETURN
Book 2 of the Evan Gabriel Trilogy
Voted Reviewer’s Choice 2011 by The Kindle Book Review: “A Sci-Fi Rumble in the Jungle” Five Stars
Gabriel has always been haunted by his past. Now he must face his past once again.
On the far-off icebound planet of Poliahu, North American Federation Navy Commander Evan Gabriel suffered the loss of several team members in order to free a native species and save his brother. Now he is being called away on a new mission by a friend in trouble, and by a name from his distant past. He and his surviving team must again travel across the galaxy, this time to the world where he lost his naval command, and his original team, so many years ago: Eden.
Gabriel will face three distinct threats on Eden: the well-armed terrorist group that has been raiding Eden City, the deadly flora and fauna of the planet itself, and perhaps most ominously, his own haunting memories of his past.
Gabriel’s Return continues the epic science fiction adventure trilogy with characters new and old, advanced weapons and technology, devious political intrigue on the moon and Mars, and deadly jungle combat on the unique planet of Eden.

“Loaded with more than enough hi-tech action, but Umstead finds balance and depth by presenting a more complex plot and delves much deeper into his characters… a five-star read” – Tom Clementson,The Kindle Book Review
“You feel as if you are trekking through the jungle on Eden. This series is fantastic and I highly recommend this to all.” – Katie Turner, The Kindle Book Review
***
GABRIEL’S REVENGE
Book 3 of the Evan Gabriel TrilogyA missile has no conscience. It is an inanimate steel object: cold, emotionless. But once ignited, it burns white hot inside, and cannot be shut off. Fired in combat, it has but one objective: the total destruction of its intended target. And it will only stop when its objective has been achieved, or it runs out of fuel.Not all missiles are made of steel.North American Federation Navy Commander Evan Gabriel thought it was over. Returning from a mission on the far-off world of Eden, he finds that Mars is in a state of political upheaval. Two major dome cities are now under the control of ambitious and ruthless men backed by the scheming South American Republic. Friends are in trouble, Renay Gesselli is missing, and the future of a world is in flux while rival governments bicker behind closed doors.From the ice-bound planet of Poliahu, to the dangerous jungle world of Eden, and back to his adopted home of Mars, Evan Gabriel has witnessed death follow him. Now, he’s turning the tables, and no force would stand in his way.
REVIEWS:

“Umstead can write an action-packed adventure story better than most. He is an artist in designing a high-tech battlefield and weaving in the human element with his character’s depth and color. If you like action in a science fiction setting then you really need to pick this up from book one and give it a shot.” – Tom Clementson, The Kindle Book Review

“Umstead delivers his best action packed SciFi thriller yet. Tightly written and beautifully plotted, Umstead’s concluding story is the type of page-turner that keeps the reader engaged from start to finish. You will cheer at the victories and cry with the failures. An absolute joy to read.” – R.B. Wood, author of The Prodigal’s Foole 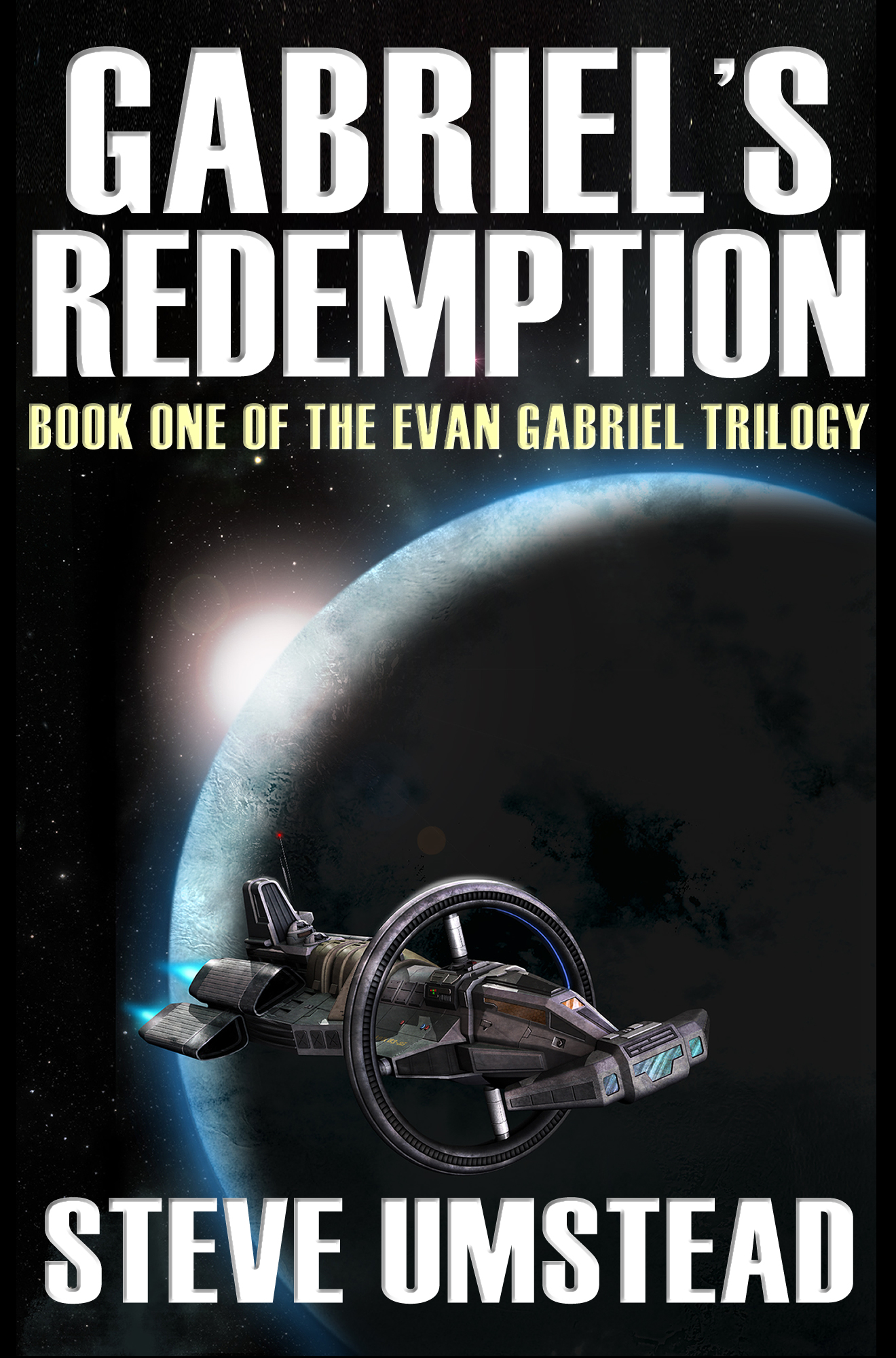 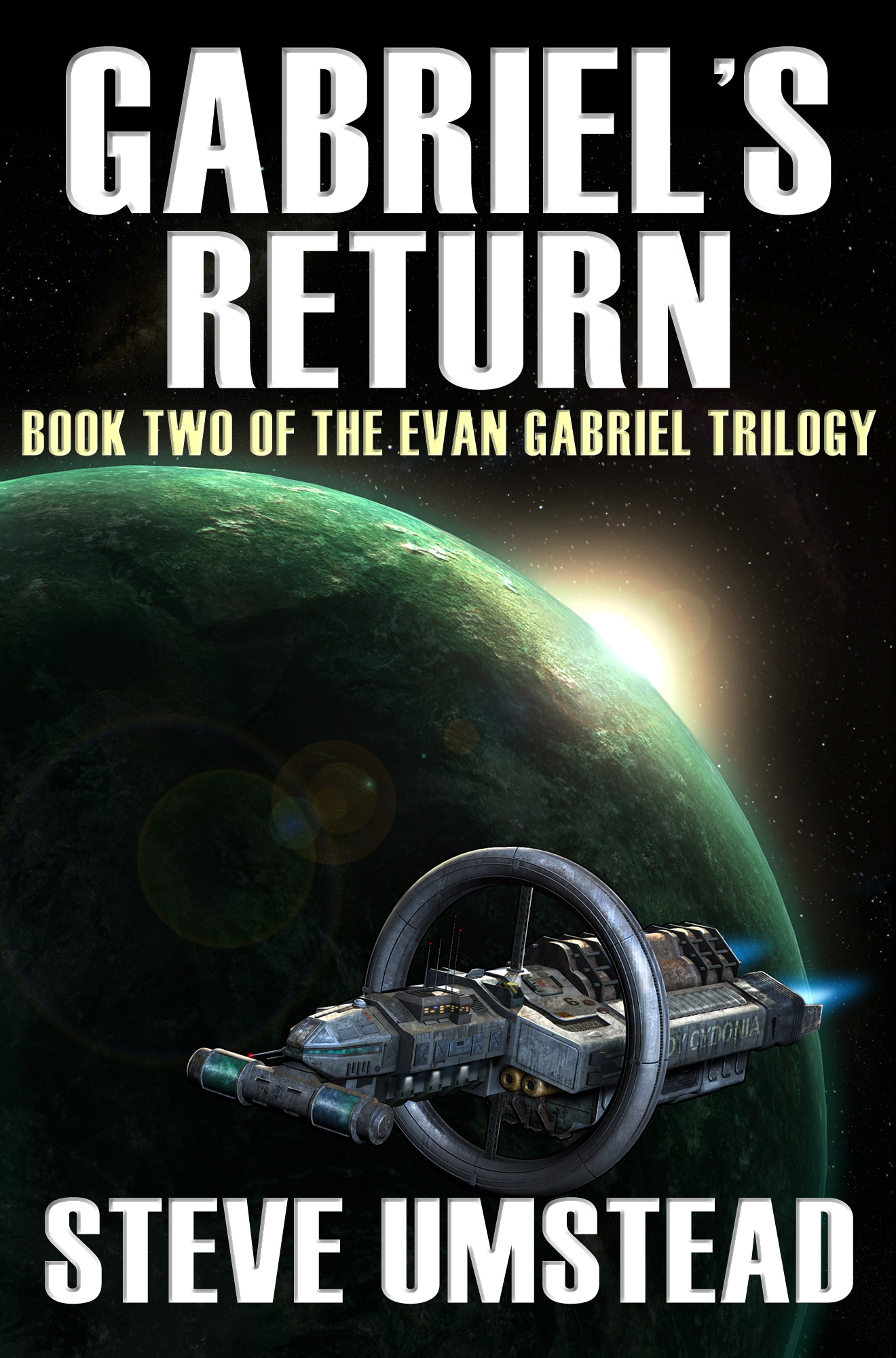 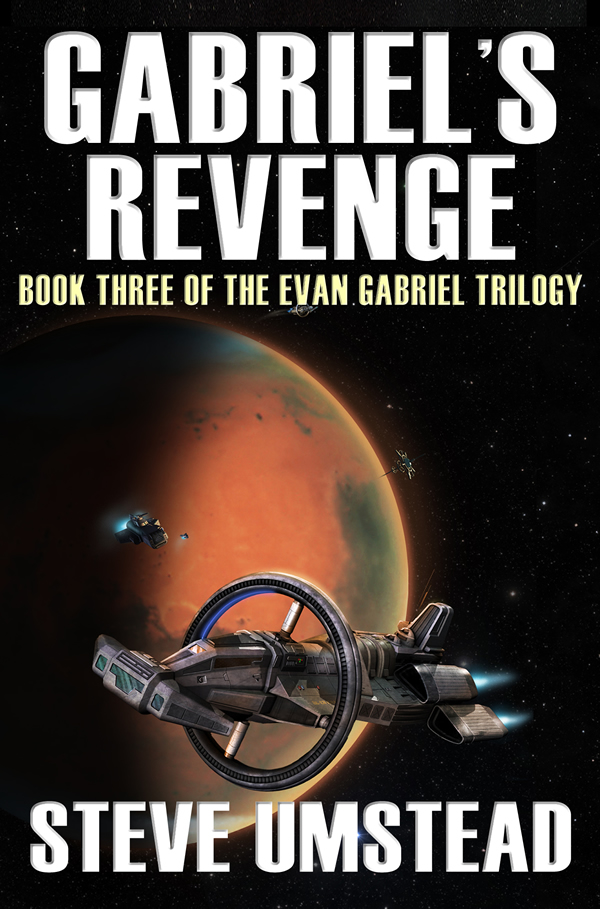 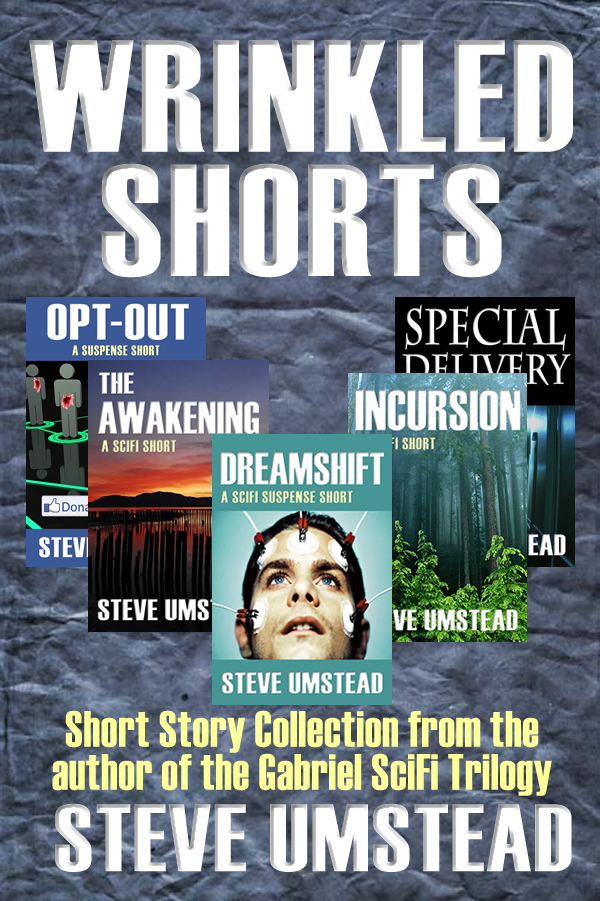 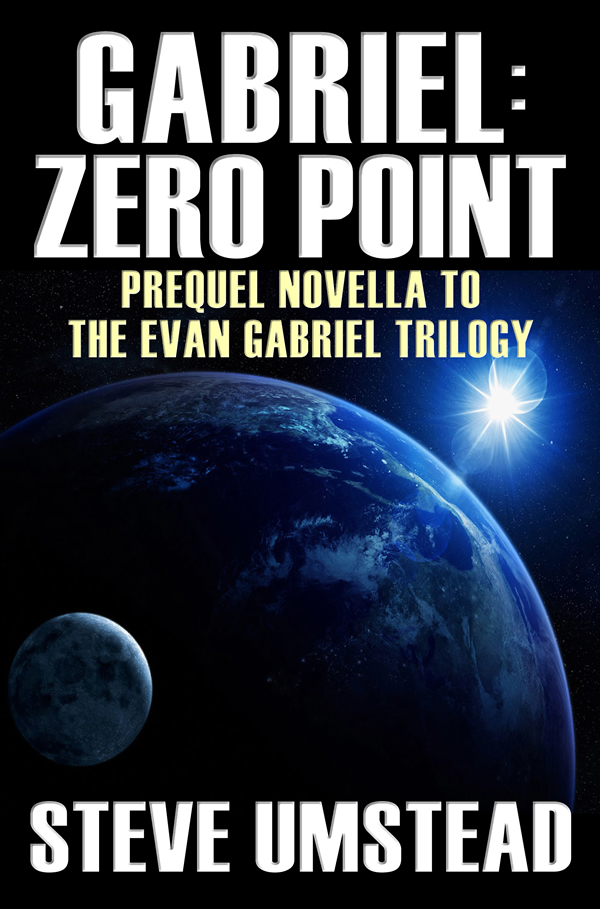 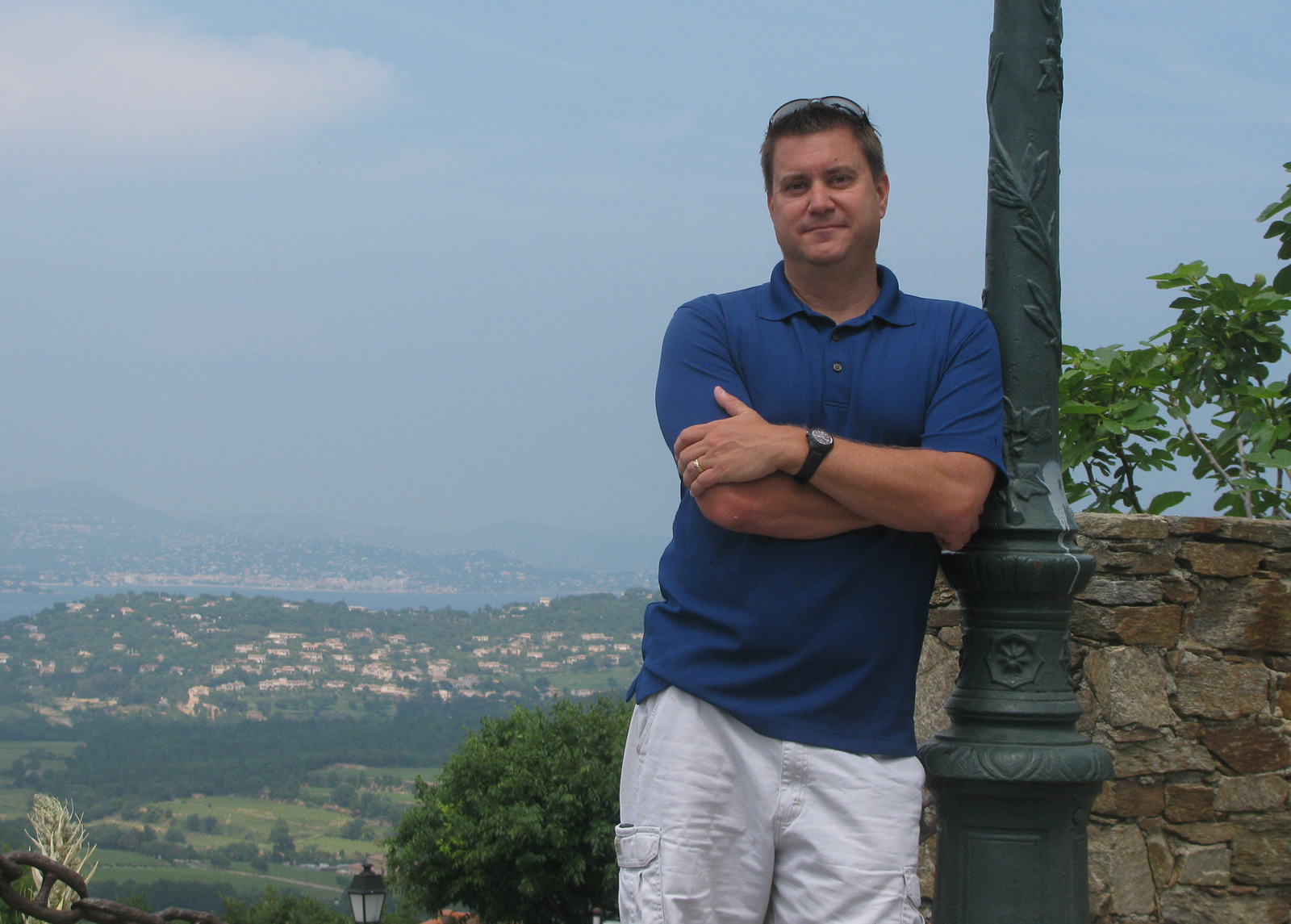 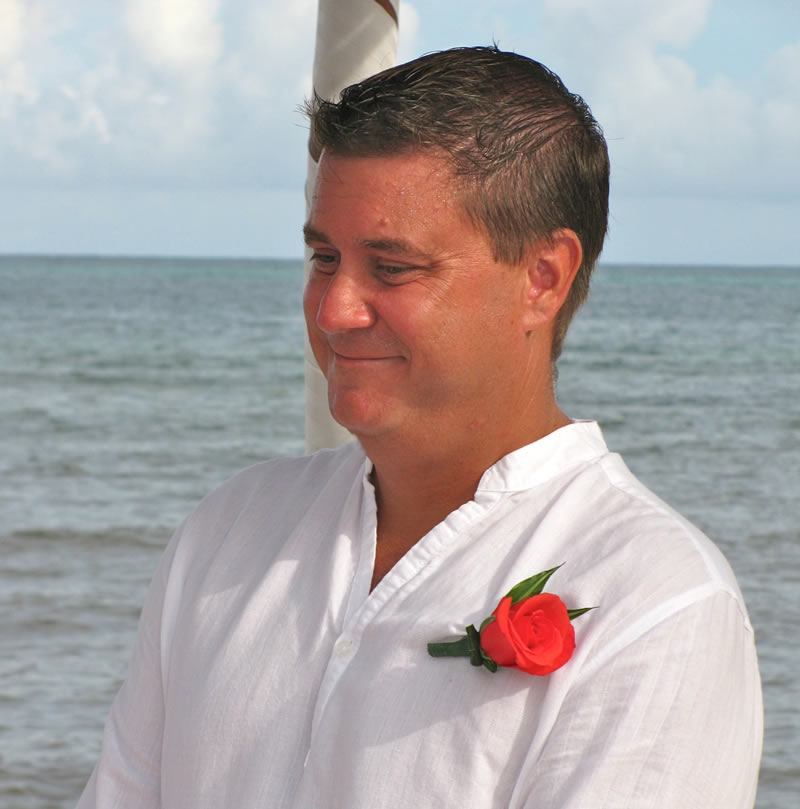